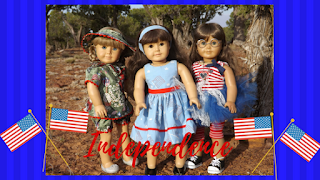 (NOTE: The outfits my dolls are wearing are not historically accurate, but they're what my dolls' normally wear for The Fourth of July) 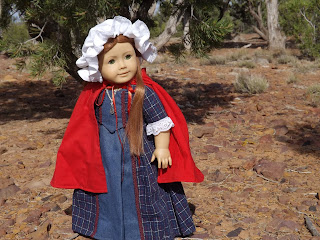 1774
A turning point in our country's history, when the colonials decided, even though the odds were against them, to fight for freedom, for independence. War started a year later, and in 1776 The Declaration of Independence was signed by men who believed in God. 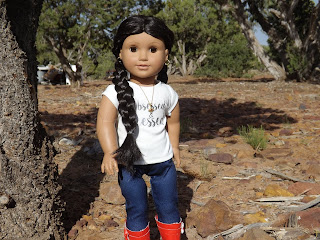 1824
New Mexico was still apart of Mexico in 1824, it was life filled with cattle ranches and the desert sun, but in the years to come it would become apart of this great country. 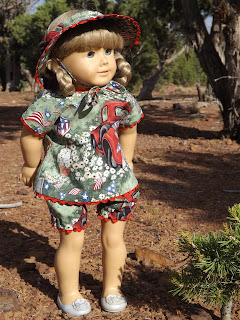 1854
People from other countries were coming to America to find a better way of life. The long journeys were hard, and so was starting over somewhere new. But they followed their dreams to find freedom. 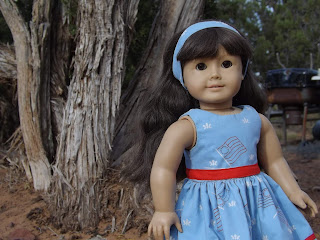 1904
1904 was a time of great change in America, The Industrial Revolution was running strong, and the invention of the assembly line had changed the production of goods forever. Homes had electricity and women were fighting for the right to vote. The country was changing in ways many people could have never imagined. 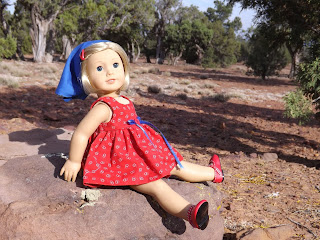 1934
The Great Depression had started, and it was one of the most difficult times that has ever hit the US. Many people lost everything, but it made them thankful for what they did have. 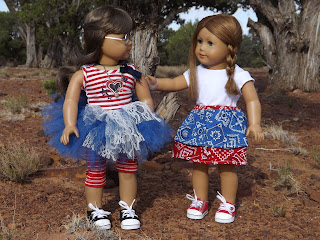 1944
The world had gone into a war, and Americans did everything they could to help the war efforts. It was a very patriotic time in our history when everyone was taking part to win the war. 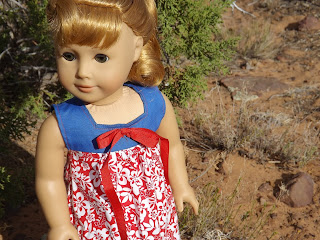 1954
World War II was over, but a new threat was on the arise with the Cold War. It was a very scary time for a lot people, they were building bomb shelters in their yards and preparing for the danger it might bring. But thankfully it passed safely. 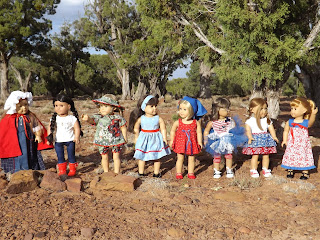 Now each of these times were very different from the other, but one thing connects them all, 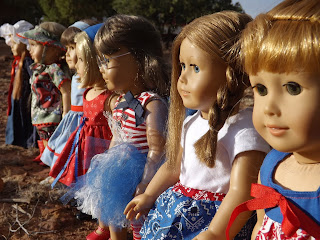 They were all apart of making our country what it is today. 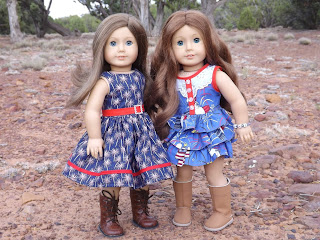 And what we did in the past is just as important as what we do in the future. 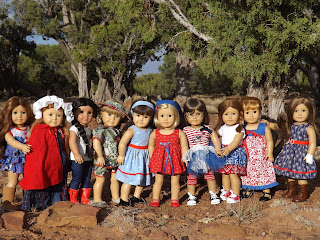 God blessed us with a place with so many freedoms, never take them for granted. Always pray for those brave men and women who fight to protect you and your freedom and if anyone who has been in the military is reading this than thank you SO much for your service! 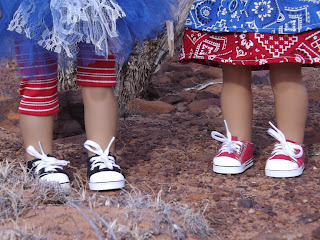 Happy Independence day everyone! <3
-Katie :)
P.S. The amazing Jewel from Doll Notebook just started her personal blog! So check it out HERE and totally follow her because she's awesome :)

Popular posts from this blog 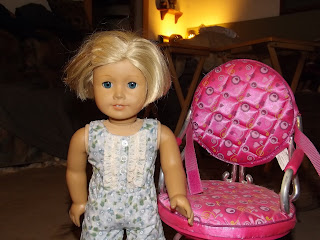 Hey peeps! Today I'll be showing you how I re-wigged #27 and the final product! You may remember in THIS POST  and in PART 1  that her nose was scratched up and there was a tiny shine mark on her forehead, well I was looking for them when I was working on this post and they were gone! I think that because the scratches weren't very deep, that the graininess of the baking soda filed out the scratches and the shine mark! So I won't be showing how to remove those today, but don't worry! If you take pictures of your dollies outside than you know how often scratches and shines happen XD So when it does then I'll totally do a tutorial for y'all, but for now we'll just be re-wigging :)   You will need.....     A DOLL WIG SIZED 10/11  I find that the best place to find doll wigs is eBay! Just search "American Girl doll wigs" and you'll have lots to choose from. I'll be putting a Girl of the Year Isabelle Palmer wig on #27, I found
Read more 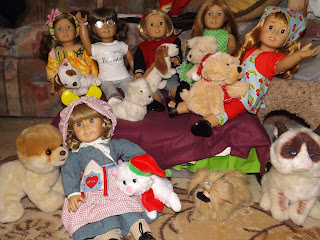 ( Uh, excuse that weird reflection on Molly's glasses)   Hello everyone! It's Super Bowl Sunday and my dolls just finished watching the Puppy and Kitten Bowl so I thought I'd share a few pictures of them watching with the pets! We'll be introducing you to the rest of the doll's pets, so let's jump in!     "Hey! That's my hot dog!"           All the pets love Kirsten :)         Ok, are you ready to meet the pets?     This is Purrsila, she is Jasmine's cat and is easy going and loves to be petted :)     Here is the original little dude! Boo became Molly's pet after I received him for Christmas the year I bought Molly. He is a sweet and energetic dog that always stays by Molly's side.     Then we have Kit's dog Grace. Grace is very sweet and very clumsy, which is how she earned her name.     Wishbone and Gigi are a cute pair! They're always together an
Read more 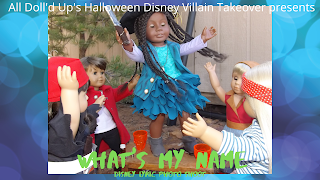